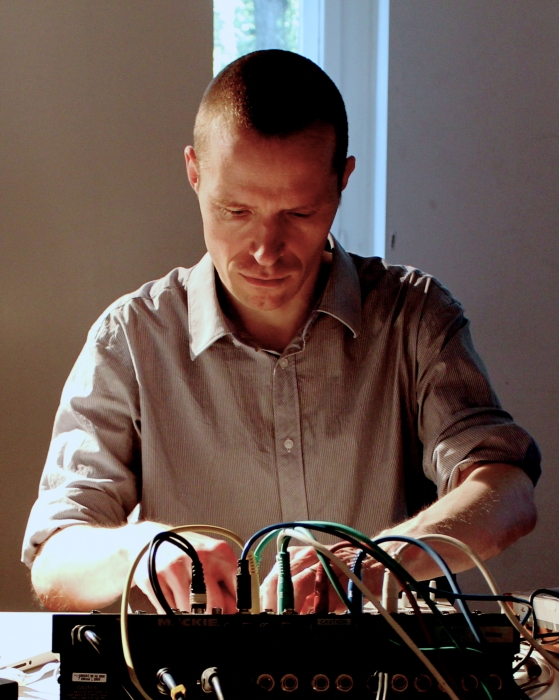 Boris Hegenbart [#/TAU] is a Berlin composer and artist. Hegenbart’s works include sound installations, electro-acoustic concerts and computer performances, compositions for solo instruments, chamber ensembles, theatre, media-art, dance and experimental video works. In his electro-acoustic compositions, Hegenbart combines the aesthetics of 1950’s musique concrete with our day’s digital technologies of music production and sound synthesis, without restricting himself by software limitations. For him, this software, as well as music-samples and sounds of his every day life, become material to be molded according to his artistic intentions. This way Hegenbart creates the delicate and complex sound-scapes, for which he is being admired. 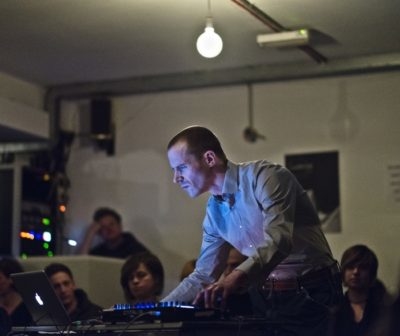 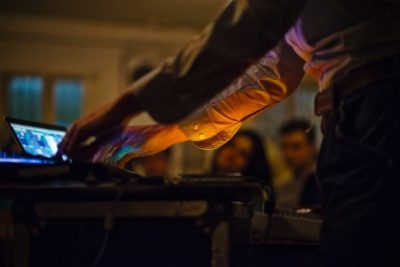 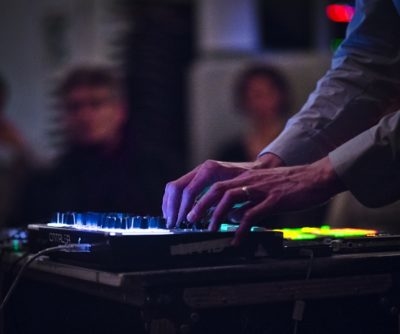 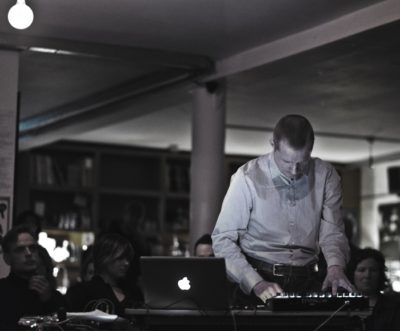 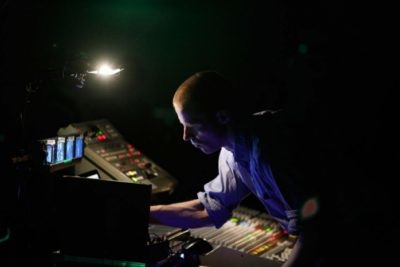 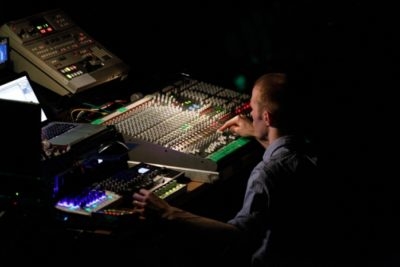 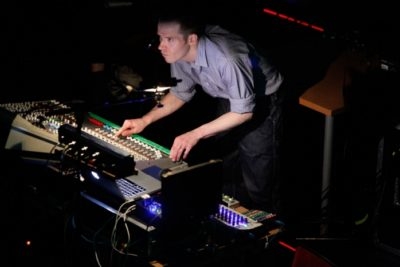 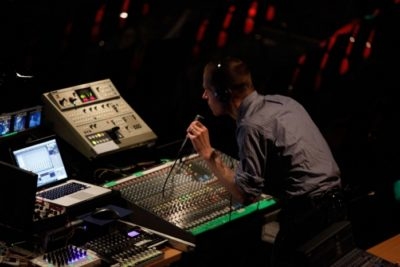 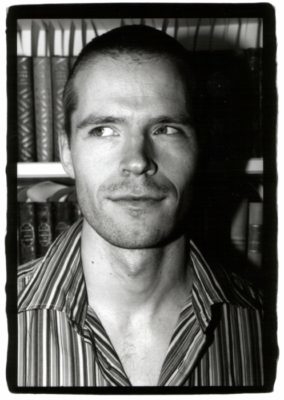 “What a wondrous tapestry of soundscapes the digital experimenter Boris Hegenbart stitches here with help from nineteen musicians representing a range of abstract experimental and improvisational music styles. The album is meant to be Hegenbart’s inquiry into the methods and techniques of composing dub music but his results don’t sound very dubby apart from the syncopated rhythms in some tracks. The majority of the 18 tracks on offer (one track features two guest musicians) are at least 3 minutes in length and all come well within 6 minutes so most of them don’t have a lot of time to develop but instead stay more or less as exercises in rhythm looping (as in track 3 with Stephan Mathieu on drums). Although there’s an emotional coolness throughout the album, on the whole it seems quite friendly and benign in approach; I think of it as a community of slightly remote people, minding their own business and respectful of the privacy of others, until such time when someone is in an emergency and needs help, and everyone pitches in to assist without hesitation and needs no thanks to know the recipient appreciates the aid.Some instruments benefit from Hegenbart’s dissection of the original music samples: the banjo gets a stretchy work-out that almost turns the instrument into a koto on track 4. The night ambience of chirruping insects on that track becomes incredibly spooky. Most musicians featured choose to play guitar or drums; on the other hand Oren Ambarchi couldn’t make up his mind which to play so he ends up playing everything in sight including an organ and on top of it all does some singing (track 10) – now that is really indecisive! On track 6, Bernhard Gunter plays an electric cellotar which sounds like the kind of keyboard guitar-shaped object I’ve seen in videos where the kooky Kazakh Borat tries to channel his hero Freddie Mercury but actually generates some very nice tones and tunes in the time it has.Though most tracks lack a distinctive personality that might be associated with the source material and their owners which is a bit of drawback, a few are stand-outs with regard to having an identity: the aforementioned track 4 with David Grubbs on banjo, track 6 and track 8 (Fred Frith on guitar), to name a few. Ambarchi’s track does sound quite dubby in sound and rhythm and there is a wild and wacky edge to the blurred singing over the tropical music. Marc Weiser’s guitar piece (track 11) is turned into something very hypnotic and Martin Brandlmayr’s drums contribution (track 12) is a beautiful and seductive piece that threatens to go quite haywire at times.Overall this album is a pleasant listening experience with sometimes very beguiling and seductive music suggestive of laid-back holiday tropical beach ambience and open-air discos. Haven’t had much of that warm summer experience lately with all the heavy winter rain that’s been falling over the past few days …”[The Sound Projector, June 2013]

“German sound artist Boris Hegenbart processes the contributions of 19 experimental musicians to produce hissy, dublike digital meditations that often reduce the original sound source to a spectral presence. When working with percussionists (who include Jan Thoben and Stephan Mathieu), Hegenbart scatters their beats around like a narcotized Lee “Scratch” Perry, but more often his collaborators make relatively frictive sounds—the brittle tenor-banjo scrabbling of David Grubbs, for instance, or the screaming squiggles of guitarist Fred Frith. Most of the time Hegenbart imposes a muffled pulse on the material that makes even the most out-there sounds feel inviting—the end results recall the abstracted, amelodic sound-and-rhythm ethos that Martin Brandlmayr brings to Radian, a very good thing in my book. Also among the 19 are Michael Vorfeld, Oren Ambarchi, Felix Kubin, Bernhard Günter, Boris Hauf, and Ulrich Krieger”.[Chicago Reader / Peter Margasak, April 2013]

“Terminologically blurred, distinctions between “sound art” and “music” have been rendered largely irrelevant as the digital apparati underpinning the very fonts of sonic creation have become ever so entrenched. Though recent micro-movements within electronic music’s gradually widening circles embrace analog fetishism and retro/vintage gear as a means from which to derive inspiration, those who rely on pure ideation and artistic will rather than established dogma often achieve more startling, and longer-lasting, results. Labels such as Monotype, Staubgold, & God Records (the latter two responsible for the original vinyl issue of Instrumentarium), act as ideal expressionist sieves through which many avanteers filter their own senses and sensibilities. Outsider digitalist Boris Hegenbart holds such principles close to his chest, as does the 19 colleagues that aid and abet him in the realization of Instrumentarium’s collection of awry constructs and frayed, wiry tone poems. The list of collaborators here are truly legion: Fred Frith, David Grubbs, Michael Vorfeld, Bernhard Günter, Oren Ambarchi, Boris Hauf, Martin Brandlmayr, and a gaggle of others read like a who’s who of adjunct aural designers, fleshed out across multiple disciplines, timeframes, aesthetics, and soundspans. Track lengths for each of the eighteen pieces on hand here are economical for the most part, but don’t let their brisk durations fool you: Hegenbart’s subsequent warping and mastication of the “sample food” provided by his cohorts, either in real-time or stripped out of the broadband ether, demonstrates a savvy for composition and production that mirrors the same editorial acumen possessed by the likes of Teo Macero. Rui Eduardo Paes’s liner notes discuss connections made between the technological intricacies and foils of dub and what Hegenbart has accomplished on Instrumentarium, and though such allegations are tenuous at best, many of the pieces here do reflect the ethos found at the venerable mixing desk. Certainly an argument could be made for the dubwise motifs expanded across the galvanizing three-minute glitchbeat groove Hegenbart carves out with fellow tool-and-die maker Oren Ambarchi, or the strangely glistening afterglow that Marc Weiser and Hegenbart wrap around the breadth of their taffy-esque curdle, as bass pulses purr and errant noises shimmer vibrantly before evaporating. Just but two examples of the kind of sensorial colorations Hegenbart expertly commands, the ingredients of which inform one of the most fascinating, versatile, and important recordings of recent memory.[Darren Bergstein , February 2013]

“I’m measuring my words : Instrumentarium is the opus magnum of Boris Hegenbart and his new focus on the formal coordinates and techniques of Dub music. It never sounds like this idiom is coming from the reggae tradition in Jamaica, but even if we leave aside the style considerations, it’s the essence of Dub itself that we find here in all its transformative power. Listening to this collection of masterpieces is a reminiscence of those occasions where we lay down on the beach, or in the forest, aware of all the sounds made by insects, birds and little animals around us, once in a while capturing the echoed music of distant car radios and CD players, everything confused in one moving acoustic cloud.
Hegenbart used the exclusive recordings of 19 invited musicians and sound artists from several tendencies of the present creative scene (improvisers, electronicists and exploratory instrumentalists) and the results are not simply a remix or a processing of the material. He dissects everything in detail and brings the more obscure components to the foreground, like in a zooming operation. The most astonishing thing is that I know he goes through exactly the same process in live, real-time performances. So, this is not the product of slow laboratorial manipulation, but the sketches resulting from instant reactions to the musicians input.
The aural constructions here are mainly abstract, but it’s with an astonishing naturalness that concrete and figurative elements emerge from the textures in constant flux: a guitar used in a non-intentional way, like the hazardous found sounds that are involved, a repeated rhythmic cell similar to those of some club music, a distorted harmony recognizable as rock. These contradictory materials keep us alert and make us smile with intriguing surprise. Nothing is forbidden, and the consequence is an incredibly rich concept and praxis, complete with the unique Boris Hegenbart mark.
This is my favorite album of the last 10 years, I tell you. Maybe it will be also yours, if you dare to plunge in…”[Rui Eduardo Paes – music critic and writer]

“Boris Hegenbart’s Instrumentarium is a collection of beautiful mutations born of one-on-one teamwork with an impressive and diverse array of musical talents. The list of contributors is enormous, taking in a fair swathe of Europe’s rock, Improv and electronic underground : Martin Brandlmayr, Felix Kubin, FS Blumm, Martin Siewert, Michael Vorfeld and many others. Hegenbart deploys nearly every tool available to contemporary laptop composers, but seems better educated than the bulk of his contemporaries. From musique concrete to glitch-hop, from Richard Maxfield to Prince Paul, evidence of most significant trends and tropes in tape/electronic/digital music during the past half century can be heard on Instrumentarium. Each of its 18 tracks features a different musician, but massive amount of bass and the primacy of rhythm are the album’s unifying forces. Indeed, its most successful pieces comprise rhythmic playing in the greater measure. Even on the album’s highlight, the majestic “makrobe”, Fred Frith’s guitar squares off against angular shards that ultimately coalesce into timekeeping function. […]”[The Wire / Richard Henderson, 346 December 2012]

“Over the years, the Staubgold label has delivered wealth of good material. They’ve brought us some To Rococo Rot, the Magic ID (and other projects by Christof Kurzmann), Heaven And… plus many more. All these bands share some qualities. They hang out in a vague terrain between rock and electronica (and more, hard-to-pin-down avant garde leanings). The label is good enough I will often at least give an artist a listen simply by dint of their being released on it. Such is how I found Boris Hegenbart. Instrumentarium is a collection of his meeting with 19 different artists–pretty much one per. The guests run the gamut from the abstract percussionist from Vienna’s Polwechsel to America’s own David Grubbs (of Gastr del Sol fame). This should be a recipe for a hodge podge of an album but Instrumentarium plays with surprising cohesion. At heart, none of these meetings are about playing as much as they are each a celebration of sound-for-itself. The sonics of the album are vibrant and tactile. Hegenbart clearly relishes teasing as much out of each moment of performance as possible, creating an ambiguous space where new relationships between sound and listener are given space.”[a personal miscellanarium, December 2012]